Blessed with good looks, a magnetic personality, and natural athletic ability... Larry Lerpis was born to be a professional wrestling champion. On top of his inherent talents, he dedicated his life to sculpting his body into a medley of bulging and chiseled muscles. It wasn't long before his impressive frame was noticed by the president of the FWE (Federation of Wrestling Entertainment) and he was signed to a multiyear contract to wrestle in front of a million fans.

He was given the name "The Savage Romeo" and became an overnight sensation after his debut match against Randy "Mad Dog" Sweetwater. even though the matches were staged, Larry always gave the crowd a great show and did his best to never break the illusion of reality for them. Larry continued to climb the ladder of success until he finally was given the chance to challenge Darrel "Rocky" Rhodes at Superbattle XV for the heavyweight championship belt of the FWE.

The match was shaping up to be every thing the fans ever wanted and their cheers got even louder when "The Savage Romeo" set his opponent up for his patented finishing move "The Sweet Sorrow" whereby he jumps off the top rope onto his defenseless lying opponent. However, this  being a special title match, Larry wanted to go bigger and higher than before. They had rehearsed this finale for days... After Larry climbed to the top of a 20 ft. ladder placed in the ring, lights would dim enough so that a harness attached to the ceiling could be lowered and strapped to him. he could safely dive down onto his opponent from the height for the win.

Sadly, the ladder snapped under his weight... leaving Larry and his legacy as a credible wrestling superstar in rough shape. now, "The Savage Romeo" continues to search for a title shot in the afterlife, but he is no longer satisfied with performing in over-rehearsed stage shows. he wants a real match against a real opponent so that he can prove to himself that he was the real deal. 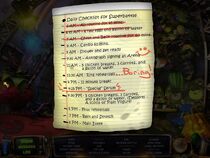 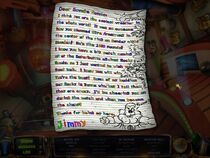 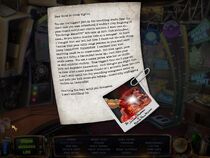 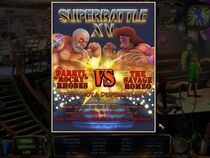 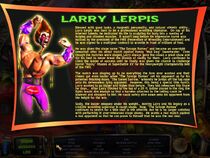 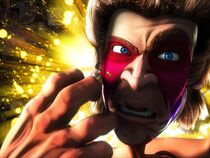 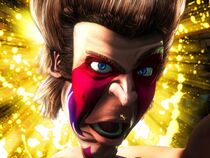 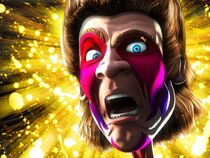 Add a photo to this gallery
Retrieved from "https://mishapthegame.fandom.com/wiki/Larry_Lerpis?oldid=267"
Community content is available under CC-BY-SA unless otherwise noted.